1)This is your second visit to Argentina. Could you tell us your impressions of your first show in Buenos Aires?

EA: When I last arrived in Buenos Aires, from the moment I stepped of the airplane, I was met by a large crowd of very passionate and beautiful Plague Rats. What really impressed me is how very much the same Plague Rats are all over the world, and yet how unique.

2)What artists have influenced you throughout your life and your career?

EA: When I began playing music, and was exclusively focused on the violin, my heroes were, naturally, other violinists, greats like Itzhak Perlman and Nigel Kennedy. Then, as I became interested in different genres of music, Jimi Hendrix was a very big inspiration, then the jazz greats like Miles Davis, and then, as I became a singer and songwriter, artists like Queen, Morrissey, and David Bowie. And yet, the truth is that my love of Broadway musicals and theatre in general has had a lot more to do with who I am today and how I sing and perform than any of these. As a writer, Oscar Wilde has been incredibly influential.

3)Fight like a girl is a very suggestive title. What has been the central concept and your inspiration for the songs included in the album?

EA: The title comes from the classic phrase that so many of us are either told or hear during our childhood. For a boy, to be told that you “fight like a girl,” is a serious insult and indicates that you are weak and cowardly. This is a phrase that is used to insult boys and ridicule girls, and often at a very formative time in their lives,and my job is to take ownership of those words and turn them into something positive by proving, as so many other have done, that there is absolutely nothing weak or cowardly that is inherent to females, and that I refuse to be hurt anymore by society’s insistence upon gender inequality, even now in the year 2012. The entire album though is about the story of the Asylum, and telling this story through music in order to take the listener on a complete and very intense journey.

4)Do you feel as a woman fighting is harder? Or how do you feel it?

EA: I’ve always said that, while women feel unsafe, there is no equality in the world. And of course fighting as a woman is more difficult, but, then again, we are used to it. We’ve been fighting oppression for thousands of years, and have become pretty damn good at it.

5)Having appreciated your show on the 2010 tour, your presence and performance is wonderful, as well as the Bloody Crumpets and the connection between you and them. You manage to convey something magical, as an extract of the splendor of a show at the Moulin Rouge and the most refined of burlesque. In that inspires you to design and build every show?

6)After Opheliac (2008) you are presenting the FLAG tour, what are the similarities and differences that we find in this show?

EA: I think the primary difference is that the F.L.A.G. tour is much more about telling a complete story, and the Broadway musical element is really amplified.

7)Knowing and following your career, after listen to FLAG, I've noticed those songs, perhaps, more intimate and melancholic, and another with strong character. How do you feel the album?

EA: I think you are very much correct, and I think that the reason for this is that I’m not simply singing about myself, my fears, anger, passions, but now it’s about telling a real story, presenting real theatre. I absolutely love and am very much relieved by the fact that my music and the show is now about something so much bigger than myself.

8)In my point of view, after listening carefully to each song, my impression, is a dramatic operetta or musical comedy, with Victorian features (harpsichord) steampunk and darkwave, besides to a emotionally charged women, more strongly than your previous work. Could we say that is the most powerful produced and mature album, in your career?

EA: Yes, I do believe that it is, and, as I said previously, I think this is primarily because I’ve grown beyond the need to only sing or write about myself, but can now take on other characters and present them in a way that is still true to myself.

9)Personally, one of the songs that I feel more intimate, deep, melancholic and emotionally instense is Gaslight. Could we consider this as a continuity form with Art of Suicide?

EA: Absolutely, and I’m so glad you noticed that! I do consider “Gaslight” the “Art Of Suicide” of this new album. They are both very sad and beautiful, yet something you could almost waltz to, and they are lyrically about telling the truth and deeply realizing how dark and hopeless things sometimes seem. By the end of the album we find the light, but only because we went through the dark first.

10)What do you feel before, during and after every show?

EA: Before each performance, I get very quiet and introverted, and want only to connect with my girls, the Crumpets. If we don’t have that private, quiet moment to connect and hold hands, I don’t feel safe going out onto the stage. During the performance, I am really just caught up in the act of conveying these lyrics and telling this epic story, and connecting to the audience in a deeply personal way. And after the show, there is always a sense of immense gratitude for the audience and the country we are in, and I also feel incredible pride in my girls.

11) Death and death fight, is present in several songs on the album. Are you afraid of death?

EA: I am only afraid of dying before I can share all that is inside me, and see a change in the world. I’m not afraid, but I don’t want to leave yet because there are still more songs to sing.

12) Can you say your message to our Volver a la Magia Radio-Show's fans and to the Plague Rats in Argentina?

EA: I Must simply say thank you so very much for inviting us back to your beautiful home! You have shown me that we all have our own Asylums, and that, together, we will always have a safe place, a sanctuary. Now, raise your claws and get ready to fight!

Thank you very much, Emilie for your kindly answer us. Many questions remain and much to express, as well, as your records and your shows, are fascinating and hypnotic, with a beautiful madness.
We'll be there on September 15, 2012 to enjoy all your magic.

EA: I am so grateful for your time and your wonderful questions, it was a joy chatting and having tea with you. See you soon! 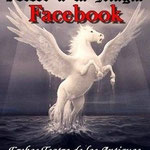